An article by Andy Chapman today in Eos states:

New research in western India found that fertilizer based on Traditional Ecological Knowledge made soil more fertile in a head-to-head test with industrial fertilizers.
Click to expand...

Sharma found that the water-holding capacity of the traditionally fertilized soil was higher than in soils using chemical fertilizers, even throughout two seasons of drought. The more water the soil can retain, the less it leaches nutrients, making it more sustainable in the long term. Soils using traditional fertilizer also had lower soil density, which is crucial for plant rooting, and more stable pH levels throughout the drought periods, even though dry conditions tend to increase salinity. Soils treated with chemical fertilizers tended to have higher pH over time, which can decrease the solubility of nutrients.
Click to expand... 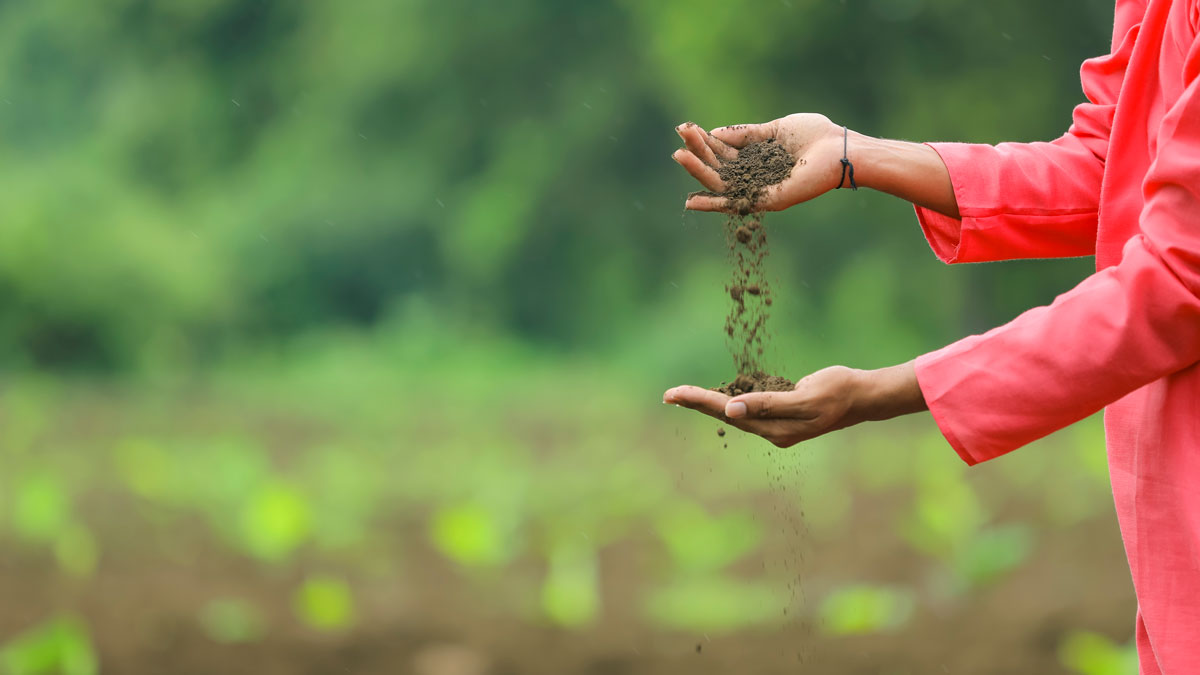 New research in western India found that fertilizer based on Traditional Ecological Knowledge made soil more fertile in a head-to-head test with industrial fertilizers.

New research in western India found that fertilizer based on Traditional Ecological Knowledge made soil more fertile in a head-to-head test with industrial fertilizers.

Fascinating. I love it that more studies are validating soil practices that foster biological activity provide better results than artificial chemistry. I sat through a soil health tools meeting that Pasa gave the other day, and Chris Lawrence, NRCS in Virginia, pointed to a study by Alan J. Franzluebbers et al (2018) entitled Soil-Test Biological Activity with the Flush of CO2: Fall-Stockpiled Tall Fescue Yield Response to Applied Nitrogen. Two charts made the point well... 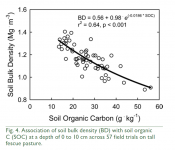 As soil organic carbon increases, bulk density decreases. And lower bulk density is correlated with better soil aggregation... its a vicious circle. Let's look at the next chart... 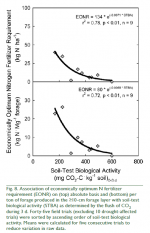 Here we see that as biological activity increases the need for N fertilization decreases. This trial was on tall fescue for stockpile but I would be interested to see if this principle holds for most crops.

These are interesting articles. I want to hear your thoughts on the recent attempts to bioengineer a soil microbiome that purportedly improves plant health.
Read Bayer's attempt here and Penn State's research on it here.
While I think it is better to leverage natural cycles and processes, I can't help but think that this may turn out to be another way in which growers lose to large corporate interests. Yes, the more we know about the soil microbiome, the better we will be able to harness its power. Nevertheless, when a large company's financial interests are tied to being an exclusive holder of a patent, or to the use of the products of their research, I can foresee things getting ugly between growers, the researchers, and the consumers.
Let me know what you all think.

@HernanC, I think the Penn State Research is interesting and a lot of good info can come from it. I also think the Bayer microbial engineering is well-intentioned (I want to assume good things) but altogether unnecessary.

Read Christine Jones, from her Nitrogen: the double-edged sword:

"On a global scale, biological nitrogen fixation accounts for around 65% of the nitrogen used by crops and pastures. There is scope for considerable increase. The supply of nitrogen is inexhaustible, as dinitrogen (N2) comprises almost 80% of the earth’s atmosphere. The key is to transform inert nitrogen gas to a biologically active form.
...thanks to some ‘enzymatic magic’ - atmospheric nitrogen can be transformed to ammonia by a wide variety of nitrogen-fixing bacteria and archaea - for free. It is important to recognise that the ability to fix nitrogen is not limited to bacteria associated with legumes. Chlorophyll is part of a protein complex - hence wherever you see green plants - there will also be an association with nitrogen-fixing bacteria or archaea. Unlike rhizobial bacteria, most nitrogen-fixing microbes are not able to be cultured in the laboratory. This has presented technical challenges to assessing their ecological function. Recent bio-molecular methods for determining the presence of nifH, the gene for nitrogenase reductase, have revealed a dizzying array of free-living and associative nitrogen-fixing bacteria and archaea across a wide range of environments. Although procedures for quantifying the amount of nitrogen fixed by many of these groups are lacking, what we do know is that the diversity and abundance of nitrogen fixing microbes are much greater where there is living groundcover (particularly plants in the grass family) throughout the year, compared to soils that have been bare fallowed. In addition to nitrogen-fixing bacteria and archaea, mycorrhizal fungi are also vitally important to the N-fixing process. Although mycorrhizal fungi do not fix nitrogen, they transfer energy, in the form of liquid carbon (Jones 2008) to associative nitrogen fixers. They also transport biologically fixed nitrogen to plants in organic form, for example, as amino acids, including glycine, arginine, chitosan and glutamine (Leake et al. 2004, Whiteside et al. 2009)." 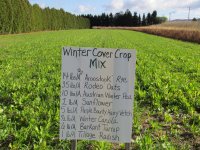